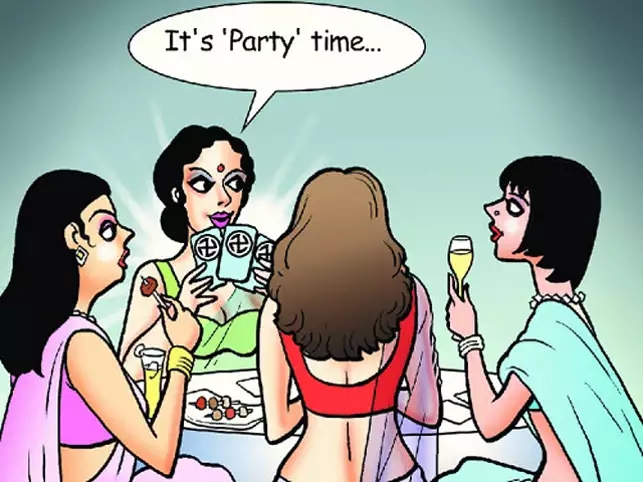 Are you a member of a kitty? If you are, you’re lucky. If you aren’t, well, you don’t know what you’re missing.

For the uninitiated, kitty parties are peculiar to females, where the members contribute a certain sum of money to the “kitty” every month, (hence the name), and lots are drawn to see which lucky member gets the sum.

Kitties may range from a token amount, just a few hundreds, to perhaps a few thousands for those who have that kind of disposable income. Most women are in it for the fun, a chance to meet and let their hair down. The kitty money is just an added bonus, and also perhaps a way of ensuring members continue attending.   The meeting may be at a restaurant or it may be in someone’s home. Usually, the person who is getting the kitty hosts the party.

Now, kitty parties have unfairly gained a bad name and are considered frivolous and a time-waster, indulged in by women who have nothing better to do, no work to tie them down, no hobbies or pastimes; it is wrongly perceived as a gossip circle, a who-said-what-to-whom, with some backstabbing bitchiness thrown in for good measure. Not a kitty but a catty party.

I am a member of two kitties, and I can tell you, with my hand on my heart, that nothing can be further from the truth. At least, not if you don’t let it deteriorate into a no-holds-barred gossip session. And here are my reasons:

So, dear reader, if you are still not tempted to join a kitty after reading this blog, then all I have to say is, man, you’re missing out on something!

Is the short story the answer to our shorter attention-spans?

I recently attended a very interesting talk at the Emirates Airlines Festival of Literature on the topic of Short Stories. Cleverly titled The Gravity of Brevity, the three speakers had a lively discussion about how the short story was making a comeback.

Here are some golden nuggets from that discussion:

*a short story leaves a punch

*short stories are for introspection

* a short story has its own physics, its own trajectory

* a short story has to be true to the reality the writer has created, and (my favorite)

*In the social media age, the short story is the golden medium.

For writers, a short story takes just as much out of a writer as writing a full-length novel. Within that limited space, every single word, every sentence, every comma and colon is important.

Having said all this, I wonder then why it is so hard to get publishers interested in short story collections?

Readers, writers, I’d love to hear your view of the short story.

Alloo! Allo! And all that stuff – plus a bit of a rant on loneliness (as it pertains to my novel)

Let me cut to the chase!

The “experts” tell me I have to blog rrrreggggularly. By that they mean, every day, every week or every other week.

Now, my question is:

So, for the above reasons, don’t expect any regular-like-clockwork blogs from my side. It may be in a day, a week, a month or even longer. And phoooeyy to the experts.

The days are heating up. Unless, of course, you live in the southern hemisphere. But I still manage to go for an evening walk, and believe me it’s like walking in a sauna. I see a few brave souls also venturing out, although the population of this city has somewhat thinned, as it usually does during these summer months when everyone disappears in search of greener and cooler pastures.

But every evening, on my walk, I come across this sight.

These lovely ladies are the mums of those living in the nearby apartments. They meet every evening, laugh and joke and have a good time together. And it seems each of them take it in turn to bring food for everyone. They are so friendly that when I said a hello to them, they insisted on me sharing their yummy snacks. And I never refuse a good offer.

These ladies have found a way to overcome their loneliness. Living in a foreign country, far away from everything you are familiar with, can be mind-numbingly lonely. Granted, you may be living with your son or daughter or daughter-in-law, and your grandkids. But everyone is so busy with school and work. It’s hard for the older generation to find time to enjoy themselves, but these lovely ladies have found a way out. Kudos to them

Talking of loneliness, that can happen to anyone. You may live in the most crowded of cities, you may have a million FB friends, you may not be old but younger and living with your husband/wife and kids, but it’s still possible to feel impossibly lonely. Imagine a young wife not appreciated or acknowledged by her husband or family. She may have everything- all the material comforts- but unless she is appreciated, she can feel just like a piece of furniture. And that’s just what my protagonist feels- an immense sense of loneliness and unhappiness, which drives her into doing something that is frowned upon by society.

What is that something? Well, you have to wait for my novel to find out. (Whenever it does come out!)

Now, changing the topic somewhat, there’s something else I saw on this walk which really lifted my spirits.

We all have books we read and enjoy, but there’s just so much space to keep them. (Not everyone likes to read on kindle). So all you have to do is to place your book on this community shelf, and if you want to, take another book from it.

(Images: google pics plus blogger’s own)

A continuation of the travails and tribulations and the struggles I’m going through in my writing. These are just little hints I’m throwing along the way in an attempt to lure you into getting more interested in my novel (whenever it comes out).

Or (to put it briefly)

Why I chose Dubai as a setting for my novel

You’ve read all that stuff about how time and place maketh a man. I mean, someone born and brought up in New York or New Delhi will be very different from someone brought up say in The People’s Republic of China. Maybe not the essence of the person, but still, the place does influence a person’s character and outlook.

Now, for my magnum opus, (and I’m keeping the name of my novel a closely guarded secret and referring to it as my M.O) I’ve chosen Dubai as the setting. Why Dubai?

Well, these are just some of the reasons I can think of. Now my M.O. has quite a few colourful characters. My protagonist is airy-headed and a bit confused but still very lovable (at least I like to think so). But her society friends are caricatures of the most stuck-up and pretentious people you can ever meet! Their only job seems to be attending parties, day and night. And after every party, they discuss everything about it- the food, the arrangements, the hostess’s clothes, the décor – just everything – threadbare. My protagonist faces them squarely, but can’t help feeling a little intimidated by them, as well as in a way emulating them. She’s in a way a poor little rich girl!

Well, I hope I’ve left you wondering what my M.O. is about, and panting to read it!

Do leave me with your thoughts. I’m sure some of you will disagree with what I’ve said. I’d love to hear your views. 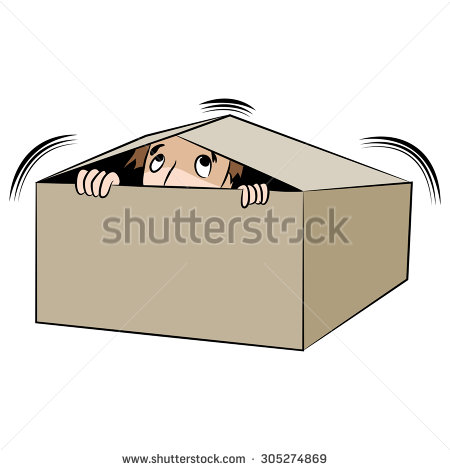 Hello! This is Minnie Karsan, a pseudonym I am using to hide my real identity. I want to be known by my pseudonym as I – ahem- am writing a novel . And that novel is about the great, glittery city, Dubai, and the folks who live here. And it’s full of laffs. So you see why I want to use a pen name, just in case someone decides to sue me. Not that my book is about any particular individual. Still – I have to be careful!

I’m going to share with you my experiences as a writer, all the trials and tribulations we of the writing fraternity go through. So here I go….

Editors! They are a breed apart, and they can make you or break you. It’s so important to choose the right editor for your book, before you send it off to agents and publishers. And herein lies the rub!

Now, let me confess- my book has gone to three editors. The first time, it was a totally wrong person. She did not stick to her commitment and returned it to me after four months-  after, of course, I’d paid her money upfront. And there were just a few paras telling me in nice words how awful my novel was. At least, that’s the feeling I got.

Anyway, I worked on the it and made changes as she had suggested, and sent it along to another editor, this time from a well-known agency based in the UK. The feedback was better, but obviously my book was still not up to the mark.

I then sat down at my desk once more, despairing at my ever-expanding bottom, and got down to it for the nth time. I decided to change everything about my book, write it in the first person and make it funny. My protagonist would not be sad and serious but airy-headed and fun. I used some of the same details as in my original attempt, but literally infused it with humour. I’ve finally got it- or at least I think I have! I’ve now sent it off to yet another editor, and am waiting for her response. And this time, I was careful about who I chose.

Now, my advice to you is don’t rush it when finding an editor. Ask a few hard questions. See what books she or he has helped an author publish. (Editors usually boast about this on their page.) If the books have been accepted by a traditional publisher, that’s a big check mark. But if all the books are self-published, I’d cast my net again.

I’ve been told to send my book to those editors who’ve been editing my favorite author’s books, books similar to mine. But that’s easier said than done. Very few authors give out the names of their editors, although you just might be lucky if you skin the acknowledgements page.

And one last word. Some editors just do not get back to you. This I experienced on more than one occasion. And I automatically thought my book was so poorly written that it did not even merit a response! Well, all I can say is, have faith in yourself and your writing. You are paying big bucks, the little nest that you’ve saved up to spend on yourself, and if an editor does not respond, it just reflects badly on his or her professionalism.

Let me get back my edited novel, and I’ll share the comments with you- warts n all! Maybe I have another big rewrite? Maybe I should abandon this work altogether and start something afresh? Dear writers, like it or not, I’m dragging you along on this journey!

I’d love to hear your comments about your editorial woes (or commendations).

(Cartoons and images from Cartoonstock)

Thanks for joining me!